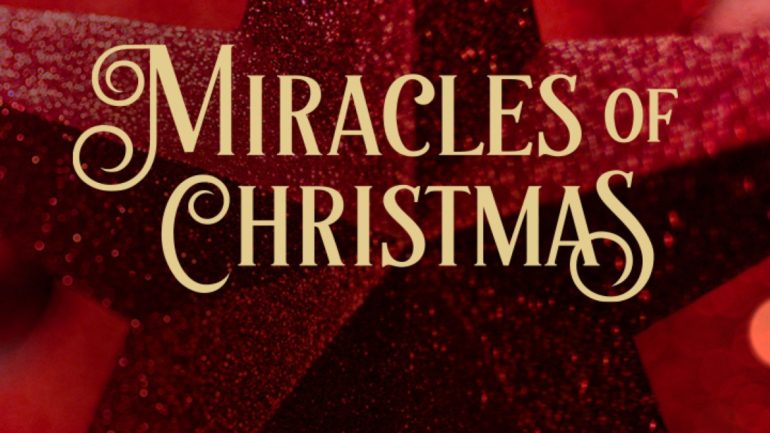 At least once in everyone’s life we need a miracle.

The story of the one that happened over 180 years ago on a cold, crisp Christmas Eve in Victoria, British Columbia, Canada, has been told many times before but, in today’s world of unrest and uncertainty, it still bears repeating.

It concerns the naming of Christmas Hill in Saanich, a Greater Victoria suburb, and a First Nations legend which is a beautiful story of despair turning to hope, because of the banding together of men and women of all races, colours and creeds.  It goes like this. 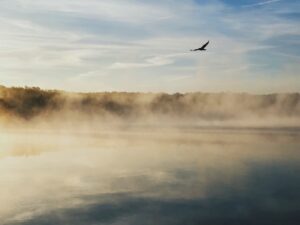 Soon after the establishment of Fort Victoria in the 1840s, a large bird was said to have appeared in the western sky one Christmas Eve.  It then swooped down over a native village on the outskirts of the Fort, roughly where the Parliament buildings stand today.  For some mysterious reason, the bird headed straight for a small, innocent baby sleeping in its papoose basket. The bird then picked up the infant in its mouth and soared off into the dark sky.

The child’s mother was grief-stricken. In her distraught state, she frantically ran back and forth calling for help among her own tribe members. Her cries not only attracted the attention of her own people but also of others nearby who saw her despair.  The Fort and the  surrounding area was populated at that time by fur traders, company men, a few settlers, some Jews, gentiles, blacks, Italians, Frenchmen, Chinese – in other words, people of every colour and creed.

All came forward to offer help. No one hesitated.  Everyone banded together, carrying flaming torches to light their way as they began to head off through the dark, dense forests surrounding the Fort in order to help the woman find where the bird had taken her child.  They had no idea where the bird had headed with the infant, but they were all determined to help the grieving woman.

Many in the party were of the Christian faith and would be celebrating the birth of the Holy Child the next day. Christians were made up of Catholics, Protestants, Baptists and Presbyterians. Others in the party may well have been agnostic or atheist.  Many were Jewish and had already lit their candles for the eight days of Hanukkah.  Nonetheless, they all joined the First Nations people who believed that the Great Spirit guided all things on the earth and in the seas and rivers.

But on that night, no one was thinking of his or her own particular religion or belief.  They were all concentrating on one thing only as they trudged through the darkness for hours—the safety of a tiny baby.  It was simply a joining together of mankind for a common cause.

Early on Christmas morning, as the sun rose in the east, the missing child was found on the summit of a small hill approximately 3.5 miles from the Fort.  He had been covered over with leaves to keep him warm and he smiled up at his distraught mother as though to reassure her he was quite unharmed, despite his adventure.

According to the legend, the hill was thereafter known as Christmas Hill and this is confirmed because it is mentioned in some very early surveyors’ maps of that area.  Over time, however, the legend became lost and even the hill took on another name – Lake Hill.

In 1937, the Montague Bridgeman family built their house on the summit of the hill and resurrected the legend by calling their home “Christmas Hill.”

Christmas Hill is fifty feet lower than nearby Mount Tolmie and less than half the height of Mount Douglas (Pkols), and now forms part of the Swan Lake Christmas Hill Nature Sanctuary. From its summit you can look down on Swan Lake, a spot that many old timers remember as a place for ice skating.  In the opposite direction you can spot Lost Lake which is now more visible due to land clearing and development. Christmas Hill is also home to many luxury condominiums and, despite being so close to the city, this rocky little hill still comprises areas of natural beauty which are nature lovers’ havens and popular gathering places for botanists and bird lovers.

That mythical story delivered well over a century ago through First Nations legends was an important statement of hope encouraging man to join together with his fellow man regardless of colour, race or creed. Its message is still as relevant in the 21st century as it was then and one we could all learn from.

I wish all my readers a very happy, healthy and peaceful Christmas Season and thank you for your support of my ramblings over the past years.