Perhaps because there has been so much horror in the world of late, it seems even more important every November 11th to remember why we honour all those who serve their countries.

On November 11, 1919, when the first Remembrance Day was held throughout Commonwealth countries to mark the end of the First World War, it was simply a new concept held at the eleventh hour of the eleventh day of the eleventh month to remember those who had lost their lives for their country. Today it has become so much more.  However, we might well wonder if the true significance of Remembrance Day and all that it stands for has been lost over time.

For instance, do we truly understand the significance of the red poppy? Each year the poppy is sold by the Royal Canadian Legion to raise money for needy veterans. During the Napoleonic Wars, it was said that the small red flower always bloomed over the graves of fallen soldiers. The same thing occurred during the First World War in France and Belgium when the little flower flourished in the soil and rubble around the graves of fallen heroes. Gradually, the poppy became the symbol for those who had bravely fought and spilt their blood for their countries.

Today there are approximately ninety war memorials throughout British Columbia and hundreds across Canada where ceremonies will be held this November 11th. From Ottawa east to Prince Edward Island and west to Vancouver Island, these monument sites serve as reminders of the men and women who put their own lives on the line so that we are able to live in a free society today.

Here is a story of one particular war memorial which is very close to my heart. A hero in my own family died in the First World War at the tender age of 19, just two weeks before Armistice Day in 1918. His remains are buried in Northern France. When I was young, I remember thinking what a terrible waste of a young life and how tragic it must have been for his mother and siblings. He had even lied about his age when he joined up so that he would be sent into the field.

But then, in the summer of 2010, a cousin and I visited the cemetery in France where he rests and I remember being moved beyond words. The sky was a brilliant blue on that sunny day and the silence around us was overwhelming. Most of the memorials were of young men between the ages of 18 and 21 who, in a burst of patriotism, had gone off to fight for their country without a second thought. We might think they were young and foolish but had they not sacrificed their lives for us all, we would not know the meaning of freedom. The peace in their resting place today was paramount.

But sadly the fight still continues today so, as the torch is passed on to future generations, it is especially important to continue to remember all those brave men and women who fought in wars of long ago, as well as those who continue to fight today, so that we may never forget the true importance of living in a free society.

No matter where our politics or beliefs might lie, may we never forget the importance of November 11th, and at the eleventh hour, we should once again honour and remember all the brave men and women who continue to strive for freedom on our behalf.

“If ye break the faith with us who die

We shall not sleep, though poppies grow 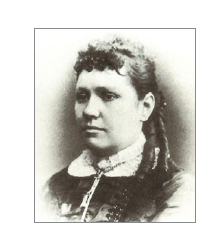